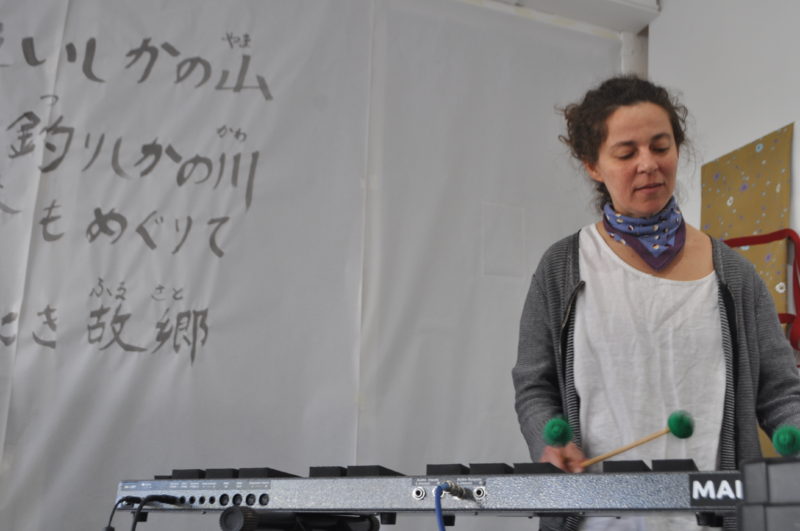 Brenda Ohana is Brazilian living in France, she is musician formed on contemporary music and jazz, have worked in many fields, theater, dance, performances, mostly developing her own works as interpreter and composer mixing free improvisation and written works with different groups around the world.

She composed a song called “Kodomo no uta” while her 2 month residency and she played with local artist Takeru Nizato on her live at Arts Itoya. He used to be musician but he quit a music over 10 years ago because of sudden deafness. But when they met and played together just a little, they are attracted each others music then they’ve decided to play together. 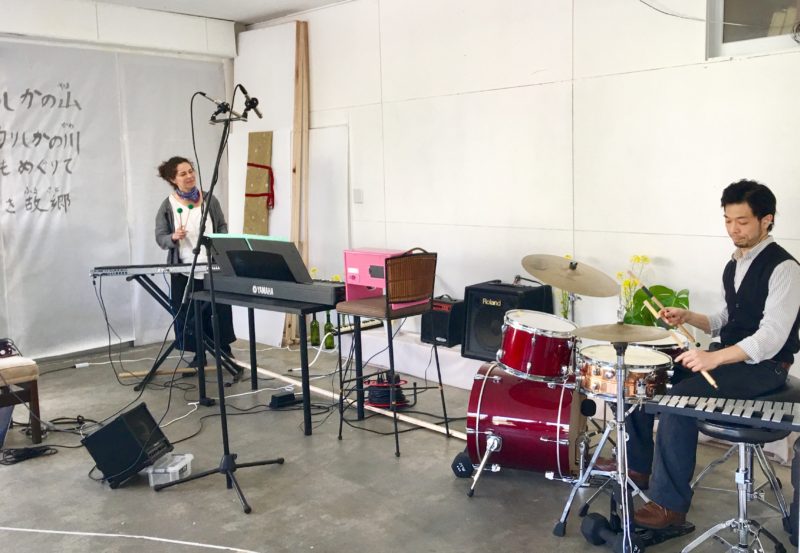 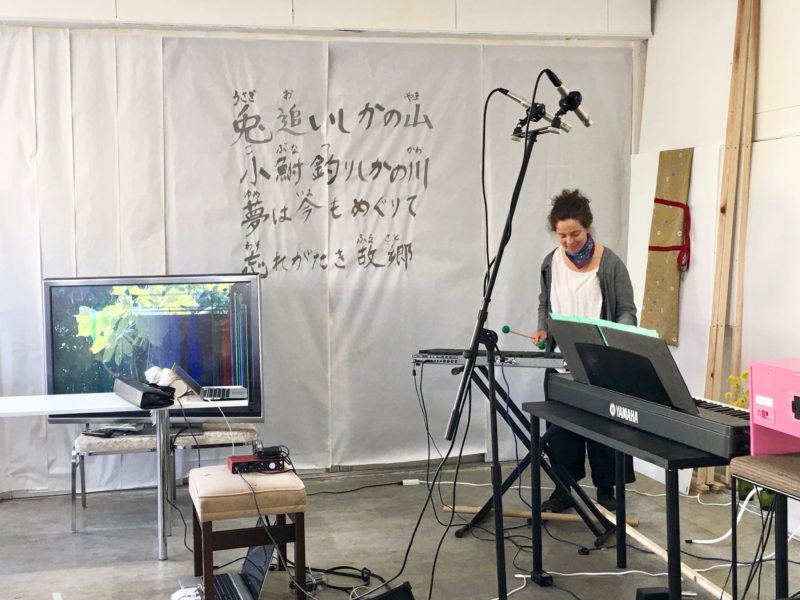 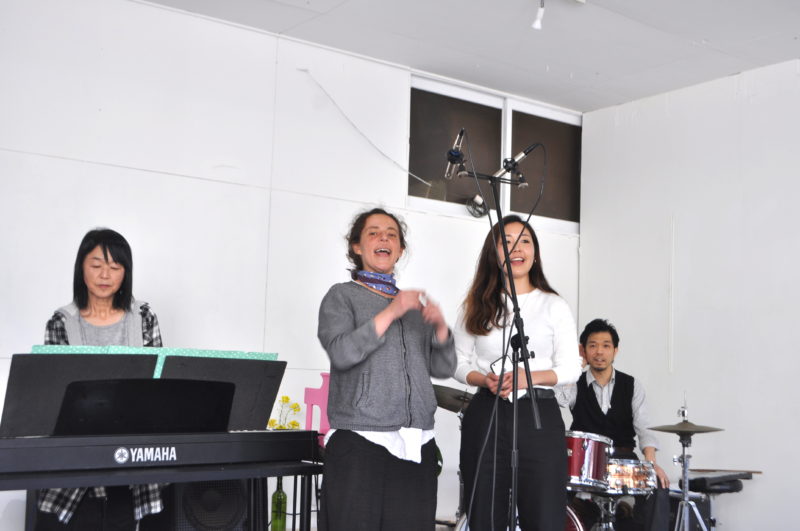 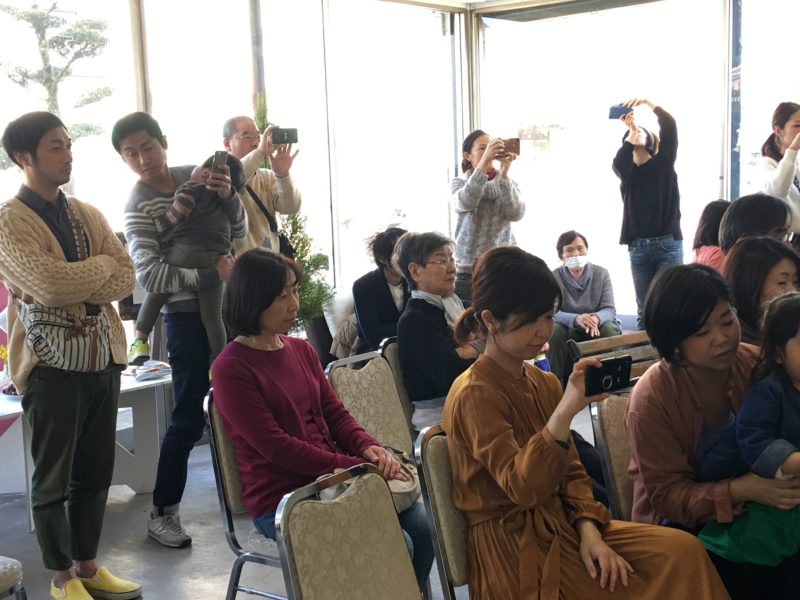 The kids also enjoyed to play a different kind of instruments. 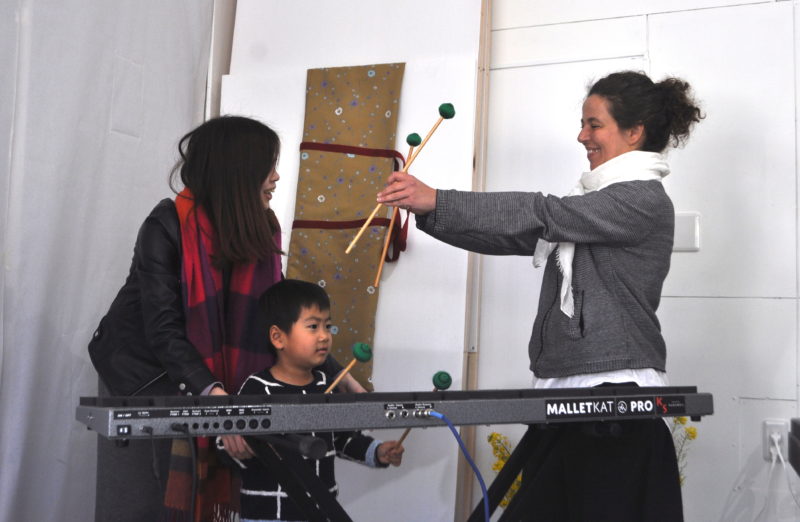 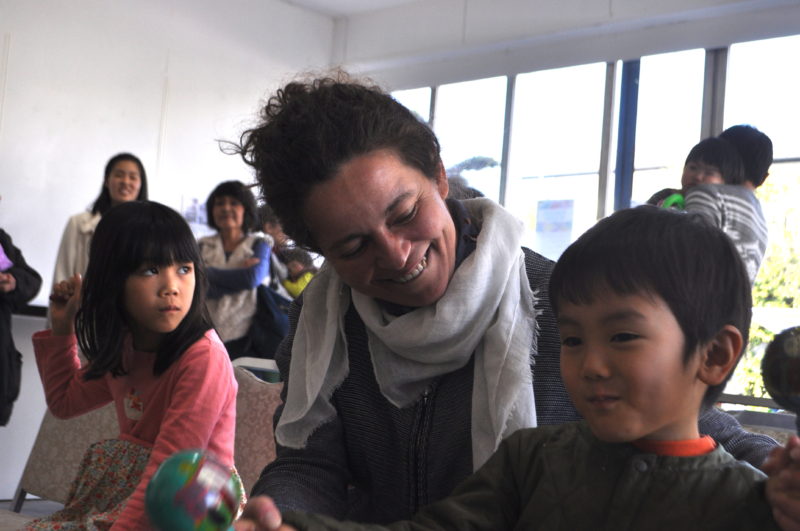 Arriving in Takeo I had the time as a main question in mind.

The music time, how things develop within a music piece ; events happening , elements’ repetitions, silences, new elements appears, others shades and so on..

Or on a life period it appears that things can evolve a little on the same way as in a music piece ;  that’s how it happened with “Kodomo no uta”.

Arrivig in takeo I was touched by the quietness, the nature beauty of the surrounding mountains and of all the people I’ve met in town , really strong experience, so I started to compose.

The idea of a workshop with children and the possibility of have some little voices joining the song appeared and I had this in mind but not yet finished the song when , thanks to the amazing coordination at the Arts Itoya residency the greatest event happened and I’ve met on a musical session on a very special Takeru, wonderful artists, pinter and musician who was ok to join the song not only on drums but on ideas and great energy, so the collaboration appeared, he named the song and the song was ready : Kodomo no uta, made of how things happened on my Takeo time. 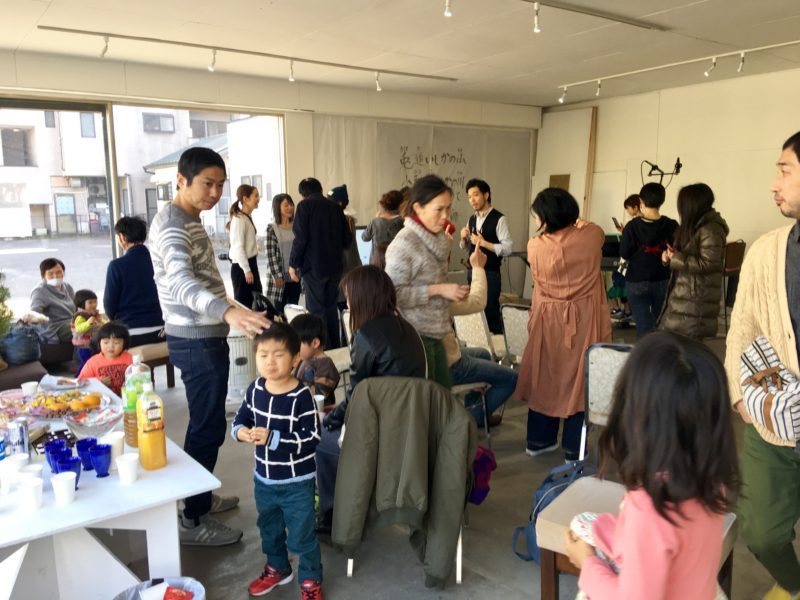 It was first music live at Arts Itoya. We want to say thank you for all people who came and supported to held this live. And big thank you to Brenda to make people smile with great music, we hope can see you again in near future!